StandICT Concludes with an Impactful Contribution to the ICT Standards Scene

StandICT Concludes with an Impactful Contribution to the ICT Standards Scene 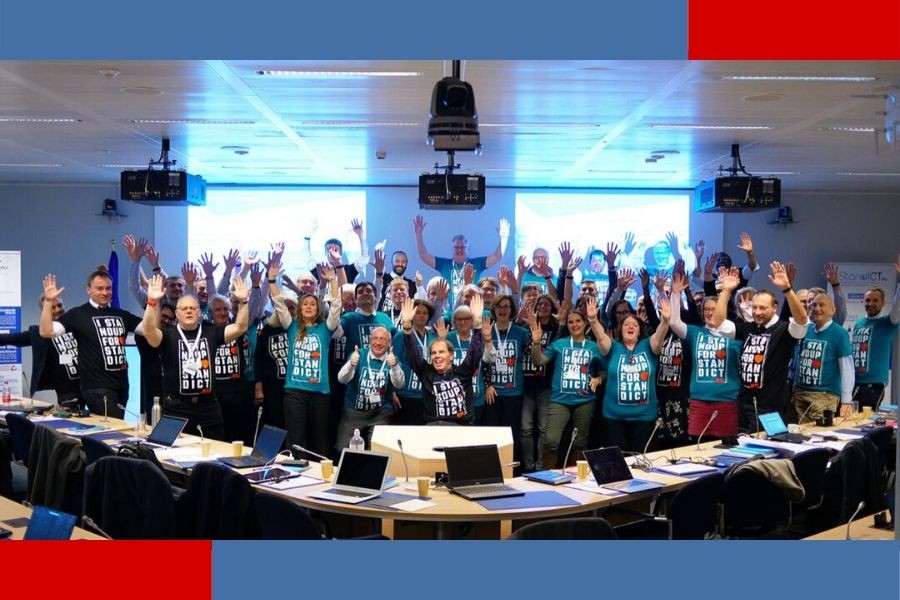 Earlier this month, Trust-IT coordinated EU-funded project, StandICT held its final concluding workshop on 5 December in Brussels where the initiative's significant impact on Europe's role in the international ICT standards scene was highlighted.

The need for a stronger European involvement and influence in the global standardisation efforts in ICT has been the main challenge addressed by StandICT. The initiative processed over 500 applications, out of which 250 were successfully funded which enabled European standards experts across cloud computing, cybersecurity, artificial intelligence (AI), IoT and blockchain to provide a European perspective. These effectively contributed to creating a more seamless and efficient global digital marketplace.

The StandICT final workshop introduced the results of StandICT.eu, over the 24 months of the lifetime of the project, the best practices. Successful applicants were showcased and they explained how they have made an impact in the ICT standardization efforts they have contributed to.

Standards development organisations (SDO) technical committees of the project involved in international SDOs, fora and consortia also shed light on their achievements and their needs to help support the Standards Watch and to pave the way for future focus under Horizon Europe and 2020-2021.

European Commission DG CONNECT Head of Unit, Digital Innovation & Blockchain, Digital Single Market Pēteris Zilgalvis, in StandICT's Final Report said, "Standards are increasingly seen as a bridge between research, innovation, and the market, and as a means of capturing and disseminating knowledge".

He continued, "StandICT.eu has showcased and demonstrated how funding multiple standardisation activities supported a global market, creating opportunities for European businesses and consumers. This is achieved via the most appropriate routes and organisations, contributing to the promotion of European frameworks and projects."

To get an in-depth understanding of the impact of StandICT and how it has contributed to Europe's presence in the international standards work, download the Final StandICT impact report, Europe’s Contributions to ICT Standardisation Globally, and hear directly from the European Commission and standards experts in the post-event video.