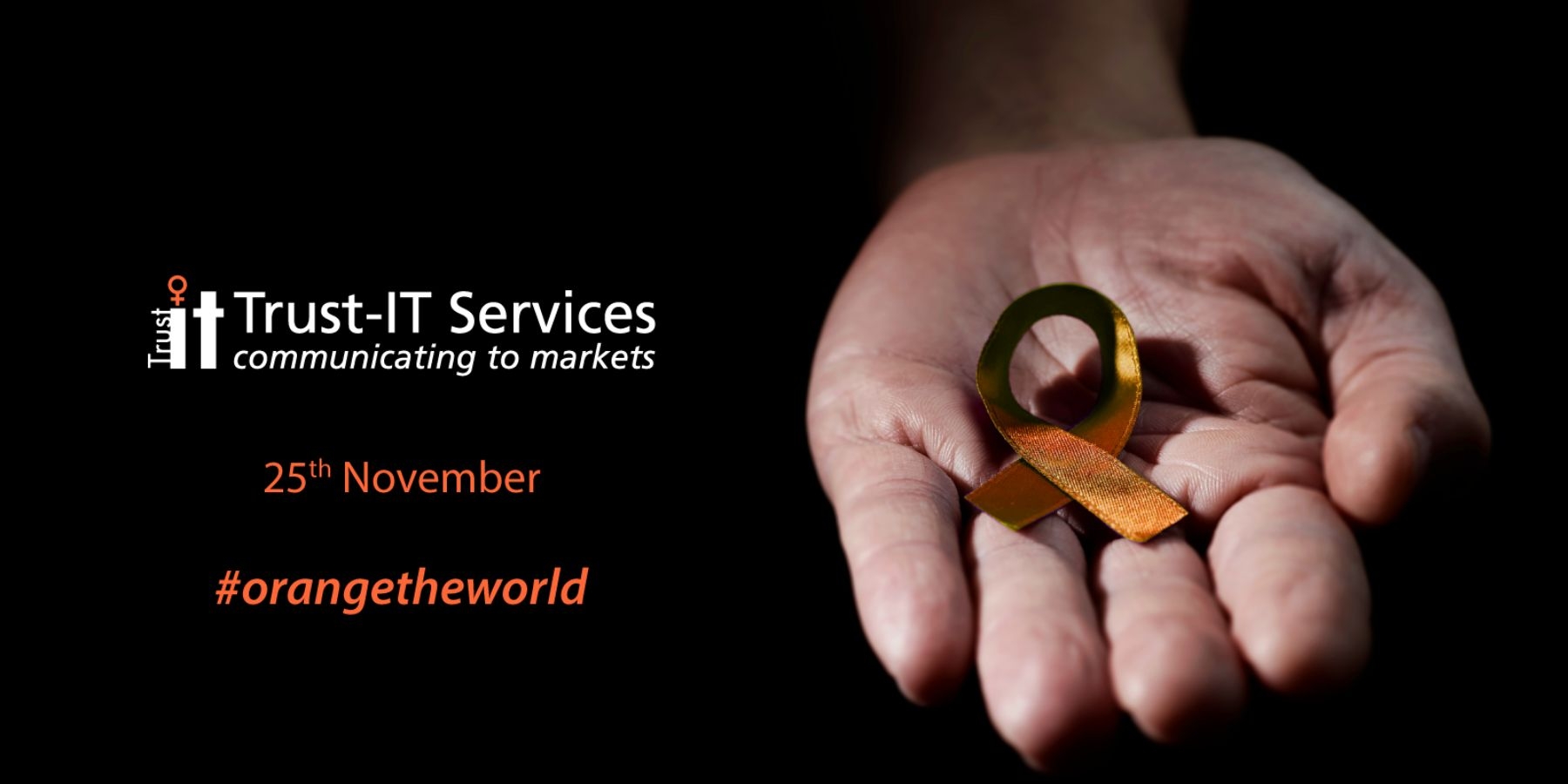 #Orangetheworld marks the anniversary of the International Day for combating all forms of discrimination and violence against women, established in 1999 by the United Nations General Assembly.

In the European Union, nearly 1 in 3 women have suffered from physical and sexual violence, a number destined to increase in times of economic and social distress like ours. Trust-IT joins President Ursula von der Leyen and the EU Commission in celebrating the #Orangetheworld Initiative to say no to gender-based and domestic violence against women and girls.