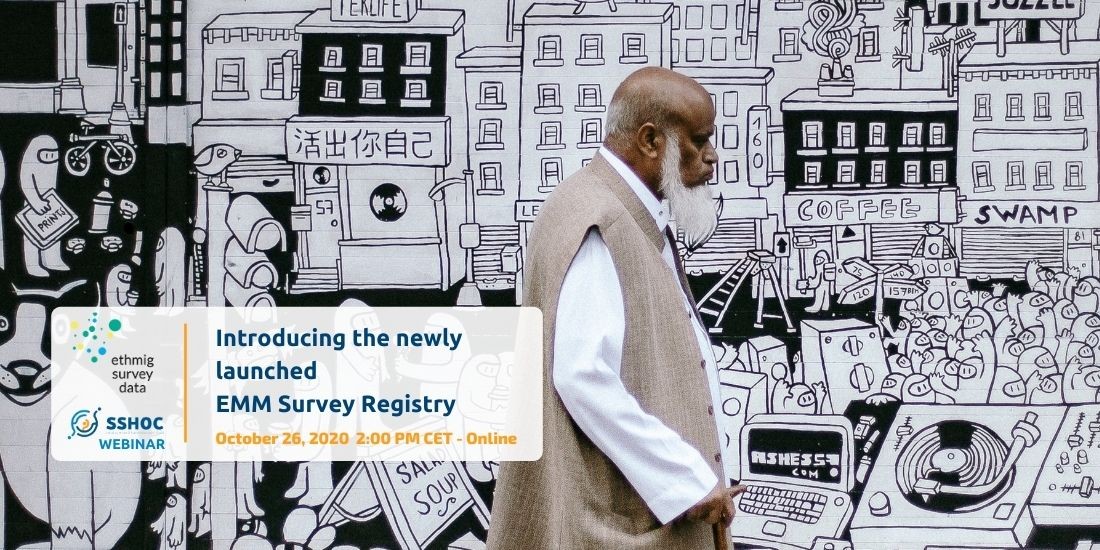 In June 2020, SSHOC and the COST Action ETHMIGSURVEYDATA launched the beta version of the EMM Survey Registry: a free online tool that will display survey-level metadata for over 800 surveys on ethnic and migrant minorities' (EMMs') integration from over 30 European countries.

This SSHOC webinar will discuss the development of the EMM Survey Registry and offer a tutorial of the currently available beta version. Participants will be able to learn more about the use and design of the registry with a special focus on:

This webinar is open to anyone interested in working with or learning more about quantitative survey research on EMMs' integration.

Laura Morales is Professor in Political Science/Comparative Politics at Sciences Po (Paris, France), affiliated with CEE and LIEPP. She specialises in the political dynamics and consequences of immigration, in the civic and political inclusion of migrant-origin minorities, and in survey research on migrant-origin populations. She has published, among others, Social Capital, Political Participation and Migration in Europe. Making Multicultural Democracy Work? (edited with Marco Giugni), Basingstoke: Palgrave, 2011. Morales is currently the Chair of the COST Action "International Ethnic and Immigrant Minorities' Survey Data Network".

Ami Saji is a junior researcher based at Sciences Po (Paris, France). She supports the SSHOC project in making quantitative data on ethnic and migrant minorities FAIR. Prior to this role, she served as the Network Coordinator for ETHMIGSURVEYDATA and worked in the NGO sector, specialising in refugee resettlement, migrant integration, and workforce development. Ami holds a Master of Public Administration (MPA) in Social Impact from the London School of Economics and Political Science (London, UK) and a BA in International Studies and French from the Ohio State University (Columbus, Ohio, USA).

Photo by Clem Onojeghuo on Unsplash